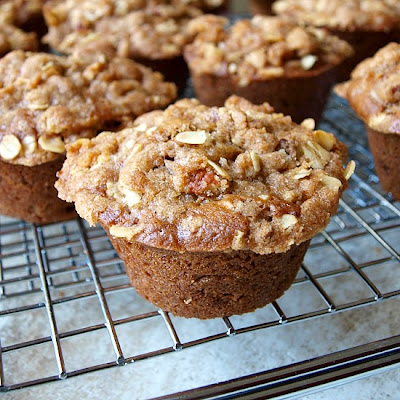 As a kid, fruit desserts were not my favorite. The fruit dessert that ended up showing up the most was apple pie. I would pass it up a lot of time rather than have dessert. Give me chocolate or forget it! I remember apple pie most often at my grandma’s house. My grandmother took care of me during the day as both of my parents worked. If I've said it once I've said it a thousand times, oh how I wish I had developed my love for food and baking while my grandmother was alive. She was such an amazing cook. She was the type that didn't even use a recipe, she had just made it so many times she could do it by memory, by what it looked like, and felt like. She could make anything taste good. She could make fried bologna taste gourmet. I’m sure she could have passed on a lot of knowledge on to me if I was just willing to take it all in. If only…..

As an adult, of course, my palate has changed and I have to come to enjoy a world of different ingredients, apples being one of them. This recipe actually came together when I had purchased a beer that was just a little too sweet for me, but still had a great flavor. Yeah there's beer in there. Would grandma have approved? ;)

I love this time of year! It's so nice and cool outside and I love these warm flavors. Today as I baked these muffins I had all my windows open just airing out the house. The crisp cool air combined with the warm apple cinnamon scent wafting from my oven was just heaven. That in itself just made it a perfect day. I wish I could share a muffin with my grandma. I sometimes wonder what she would think of my baking. 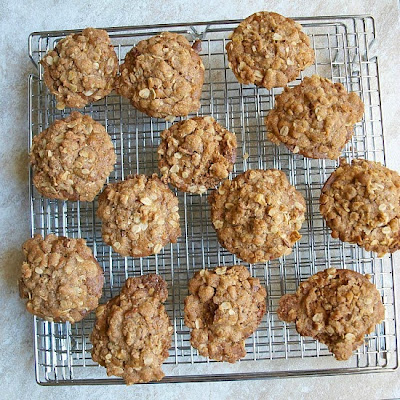 Directions:
1.  Preheat oven to 375 degrees and spray a muffin tin with baking spray. (I use Bak-klene ZT no-stick bakery spray, it’s the best, it doesn't leave a sticky residue on my tins)

2.  In a large bowl whisk together flour, brown sugar, baking powder, baking soda, salt, cinnamon, and nutmeg. Then toss in apples and pecans to coat.

3.  In a medium bowl whisk together egg, butter, oil, apple wheat, and vanilla.

5.  To make crumb topping mixture just combine all ingredients in small bowl until all are incorporated.